Islington has a rich history promoting LGBT+ causes, so it is appropriate that this month we mark the 50th anniversary of the UK’s “first gay rights demonstration”.

Pride parades are today an annual occurrence in towns and cities across the UK. And this is partly thanks to the 150 brave campaigners who held Britain’s first-ever gay rights protest in November 1970 – in Highbury Fields, in Islington.

This rally in Highbury Fields represented a watershed moment; it was the first time LGBT people had openly protested for their rights in Britain.

Local Liberal Democrats were instrumental in erecting a plaque to commemorate the historical event in November 2000.  Several years later the plaque went missing, and again Islington Liberal Democrat’s traced it and had it reinstated, it is now protected by planning law.

We want to celebrate this landmark anniversary.   Please RSVP below and join us on Friday 27th November with prominent Liberal Democrat advocates of LGBT+ rights past and present speaking: 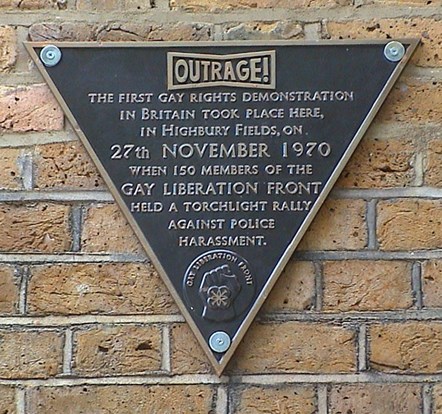