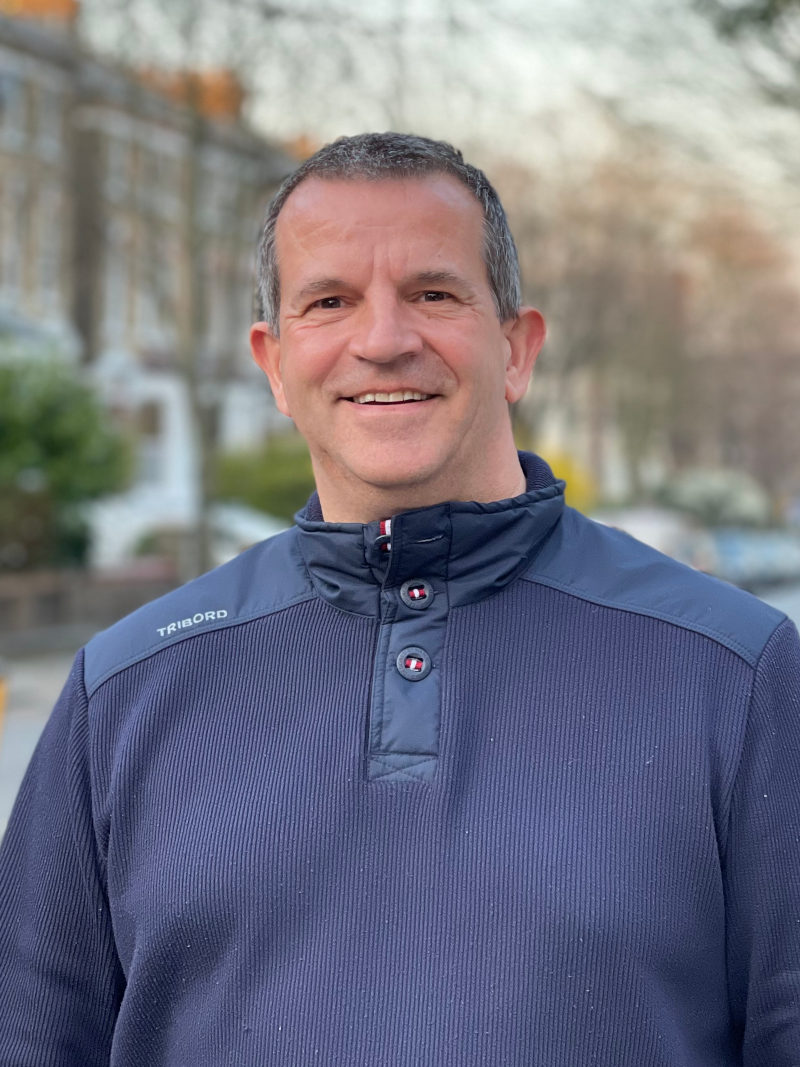 Andrew Hyett has lived in Holloway’s Hartham Road for over 20 years. He brought up his daughter there and loves the area. His parents also lived locally. As a boy, his father frequently went to the Caledonian Market (in Market Road)  before it closed in the second world war.

Andrew has a business background. He has lived in Spain, worked across Europe, the USA, the Far East and India. He learnt early on in his career that talking to people helps brings solutions. Andrew is frustrated at Labour’s unwillingness to listen to local residents. “Often people already know how to fix their problem, but Labour’s ivory tower mentality stops this from happening.”

Andrew campaigned for the Liberal  Democrats in the European Parliament and the 2019 General Elections. You may have met him flyering outside the Tube stations during the 2019 campaign shouting “Stop Brexit, Vote Lib Dem!”.

Andrew is deeply concerned about the terrible consequences of knife crime in Islington: “I have seen massive upheaval in Islington, particularly in Holloway. Knife crime has soared. Many residents - especially women and the young - don’t feel safe on our streets. The council hasn’t done much, except blame others. Two of Holloway’s councillors have quit or left Labour. Well, I’m right here. I see a problem as something to be solved, not a reason for excuses and scapegoats.”