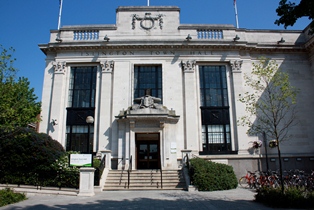 Islington Council has launched another major investigation into a data breach of people's personal data this week. The breach exposed personal details including medical information and prison records after residents reported the issue to Local Liberal Democrats who raised with the Council on their behalf.

On Sunday, it emerged personal information about penalty charge notices was freely available on the council’s parking appeals website.

It is the council’s third data breach in the space of four years. Local Liberal Democrats have been at the forefront of standing up for residents in all of these cases.

In April 2012, officers inadvertently handed details of 51 Andover Estate residents in Finsbury Park to the same gang members they had ­reported to the council for terrorising their neighbourhood. Six families had to be rehoused at an estimated taxpayer cost of £50,000.

Just three months later, the authority published details – including sexuality, ethnicity, religion and mental health problems – of around 2,400 people on the What Do They Know? website in response to a Freedom of Information request.

An investigation has now been launched into the latest breach, looking into whether the data was accessed. Local Liberal Democrats have also reported the latest breach to the Information Commissioner’s Office.

Local campaigner Terry Stacy, former Liberal Democrat leader of the council, was one of those who told the authority on Sunday night.

He told the Islington Gazette: “We were assured by the Labour council that this could never happen again. How wrong it seems they were.

“This is yet another data disaster. Confidential information has ended up in the public domain because of the incompetence of the council.

“Someone’s head needs to role for this, and we should start with politicians who run the council.”

While the investigation continues, drivers appealing against penalty charge notices will temporarily be unable to access pictures of their incident online. The council apologised for the inconvenience this will cause."