Local Liberal Democrats are showing off their full election manifesto on three billboards at the busy junction of Caledonian and MacKenzie Roads.

“Whether it’s addressing the climate emergency, making our streets safe or getting the nightmare of Brexit stopped, it’s all there,” said Kate Pothalingam, Liberal Democrat parliamentary candidate for Islington South and Finsbury. 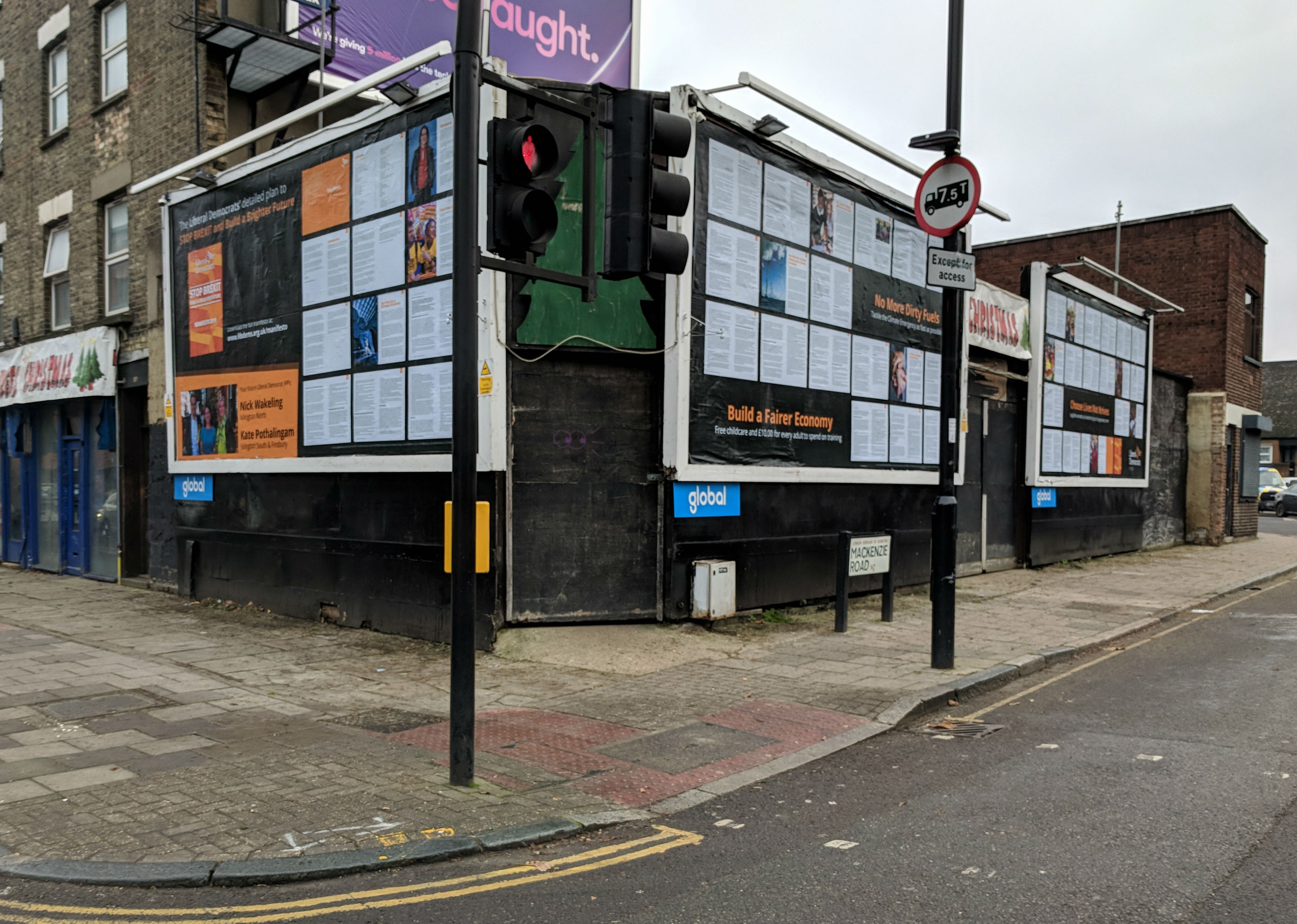 “We’re very proud of what we stand for, so we thought we’d share it with Islington in the most direct way possible. We think this may be the first time any party has put their manifesto out on the streets for all to see,” she added.

The billboards are located in the Islington South & Finsbury constituency where Kate Pothalingam is challenging Emily Thornberry and close to Islington North where Nick Wakeling is taking on Jeremy Corbyn.

Kate continued: “Will Labour back Remain in any People’s Vote referendum? No one knows - not even the Labour party!”

“Voters in Islington want their MP to be decisive, to take a lead. Not to sit forever on the fence while the Tories wreak havoc.”

“It seems clear that Mr Corbyn wants Brexit to happen despite the damage it has done and will do to our country.”

Local Liberal Democrats claim reaction on the doorsteps shows many voters are backing their Stop Brexit policy and switching to them from Labour. But they are also the party to build a brighter future, with a manifesto that the Resolution Foundation has said is more progressive than Labour’s.

This follows the Liberal Democrats outpolling Labour to win Islington in last May’s European Parliament elections. In the 2016 referendum, 71.7% of voters in Islington South & Finsbury and 78.4% in Islington North voted to Remain.