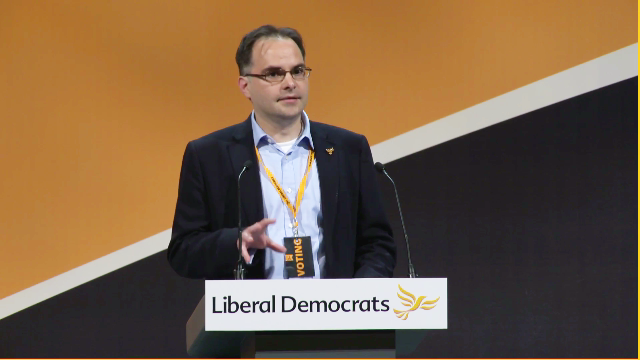 The Liberal Democrats are the only party that will cancel Brexit on winning an election so we remain a full member of the European Union.

This issue was the catalyst for Nick becoming involved in politics and embodies the convictions he will bring as the next MP for Islington North:

Why the EU matters

Nick sees continued membership of the European Union as fundamental to achieving these priorities because of what it means for our ability to fund public services, for our influence on the world agenda, and for our identity as a diverse and open community.

He is also driven by the fact that although up to 80% of Islington residents want the UK to remain in the EU, the current MP Jeremy Corbyn, has repeatedly failed to represent them. In February 2017 Mr Corbyn refused to back an amendment to the Article 50 Bill that would have guaranteed EU citizen rights, and in December 2018 finally admitted that he would continue with Brexit if in government.

Nick and the Liberal Democrats are Islington North’s only true voice for Europe.

Nick has lived in Islington for over 15 years, his wife teaches at a local secondary school and their young son goes to the local Islington primary.

Like many in the borough, Nick is from a multicultural background: his father was born in London, his mother is Spanish, and his wife is Australian. His path to becoming Parliamentary Candidate for Islington North was similarly international: he qualified as a solicitor in London and as a barrister in Melbourne, completed a masters in Barcelona, worked in a high street branch in New Delhi and now works as an accountant and senior finance manager in a new high street bank in the UK. He has also acted as mentor to teenagers in Tower Hamlets, and to small businesses across London through the Southbank University Escalator Programme.

All his working life, Nick has sought to help people grow businesses, create jobs and improve their lives, whether here in the UK or overseas including in the face of extreme poverty in India.

If that makes him a ‘citizen of nowhere,’ then he wears that badge with pride.

In 2015, Nick co-founded a charity when his then three-year old niece was diagnosed with cancer.

The charity, Alice’s Arc, has raised over £400,000 to help children with cancer by funding work by the Institute of Cancer Research into the genetics and treatments of childhood sarcomas, and by funding the provision to children of high cost treatments otherwise not available on the NHS.

Nick also volunteers for the local Islington food bank, campaigns for green space and social housing at the former Holloway Prison site, and serves as governor of his son’s local primary school.

Nick knows that politics only works if we keep talking to each other, exchanging views and offering support where it’s needed; you can contact him here: