Is Islington Council squirreling away millions of pounds in parking fines? 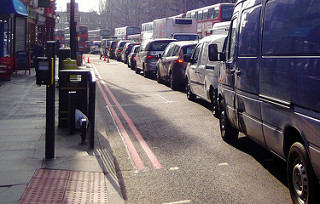 Islington motorists are some of the most highly penalised in the country.  Yet Labour's one-party Council will not tell residents where the money goes.  Local Lib Dems are calling for greater accountability and transparency, and a halt to disproportionate parking fines in the Borough.

In 2016/17, Islington Council generated a vast profit of just over £19 million from its street parking operations, according to the RAC Foundation, a motoring research charity, making it the seventh most profitable council parking operation in England.

During Labour’s monopolistic tenancy in Islington Town Hall, the 'surplus' (the difference between income from parking fines and penalty charge notices, and expenditure on running costs) has increased by almost 40% over two years from £13.7 million in 2014/15.

In relation to the surplus, Lib Dem activist Victor Kaufman said, “Labour is covering its reckless spending by using local and visiting drivers as an easy source of income. Parking fines should not be punishing responsible drivers, but be proportionate and used as a means of managing the limited parking availability.”

How is the money being spent?

In its press release, Steve Gooding, director of the RAC Foundation said, “We urge motorists to take the time to read their own local authority’s parking report so they can see both the rationale for charges in their area and how the surplus is being spent.”

While the amount raised from parking charges and fines can be easily located (see here), the way in which Islington Council spends the money is far from transparent and no current report can be found (the most recent report published on the Council’s website is only available for 2012/13).

Labour’s councillors state there is a “ring-fenced account to be used for transport and parking-related activities.” If this is the case, why has our local transport infrastructure for both motorists and cyclists not noticeably improved, given the surplus? Why are the charges so high? How is the surplus being spent? These are questions that Labour is just not answering.

Commenting on Islington Council’s treatment of road users, Ilana Lever, a local Lib Dem activist said, “The existence of this surplus in itself is highly alarming and a sign of the Council’s approach to their motorists. For example, they financially disincentivise appealing a fine, meaning only the wealthiest can have the confidence to appeal. With the tightening of council budgets nationally, I am highly concerned about Islington’s lack of transparency as to where this surplus is going. There are huge opportunities to improve Islington’s transport infrastructure and yet nothing is being done.”

Where is the transparency?

So while the Council has been squeezing every penny it can from Islington’s motorists, it is failing to reveal how other road users including cyclists, are benefiting. Local Lib Dems believe the squirreling away of fines needs to end, and the Council needs to demonstrate greater transparency as to how these huge profits are being spent.

This is just one way in which the lack of transparency and accountability of Labour's one-party Council is failing local people.

Islington Liberal Democrats would conduct a full review of current penalty charges and allow a five minute grace period to allow drivers to briefly use resident and shopper parking spaces without the risk of being fined.